Beyond Roe v. Wade: How Christians should respond to the Supreme Court decision

On Wednesday, October 26th, in the BTS building, students gathered to hear a panel discussion on the recent court ruling regarding Roe v. Wade. Students filled the chairs, lined the walls, crowded the entryways and sat on the floor to hear what a panel of speakers had to say. The discussion was hosted by the Student Legal Society and had three panel speakers who expounded on how Christians should view the court ruling and what is next in the fight for life. 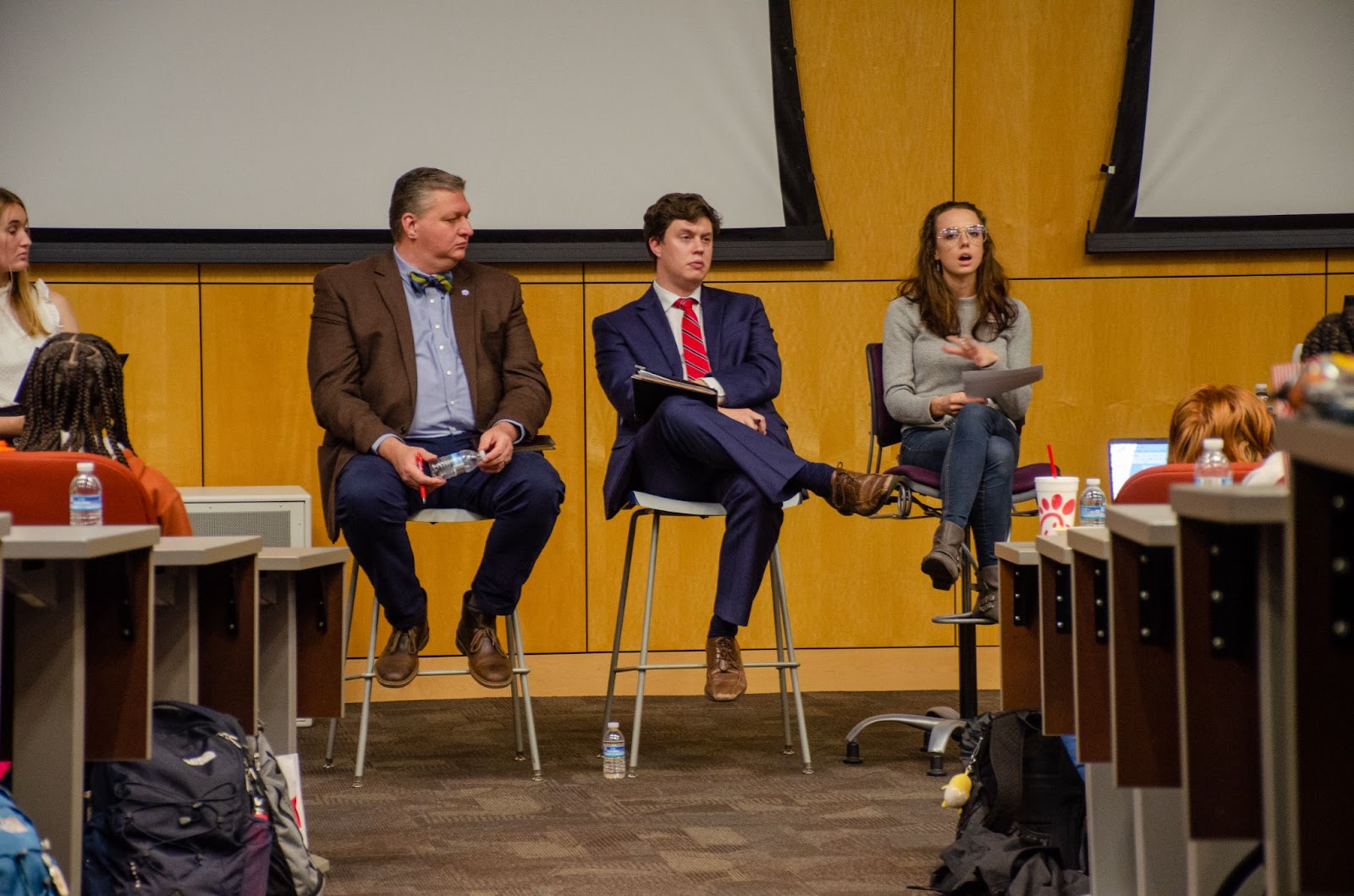 The president and vice president of the Student Legal Society opened the panel with a list of questions. This first round of questions focused on the legal details and court process of overturning Roe v. Wade and the Dobbs v. Jackson case.

“The leak of the opinion was just that, it was a presumption but not a fact,” Benjamin said. “But it drew significant amounts of attention to this issue from a lot of different people. It also significantly increased passion for this, both in support of and opposition to this issue.”

The closing remarks on the first round of questions were about the advocacy that still needs to happen on the state level. Benjamin also encouraged students to be gracious and diligent in their pursuit of pro-life throughout the nation.

“If you want to be a successful advocate on this, you have to educate yourself about this issue so that when you are advocating you are informed, rational and able to create arguments that reflect that, those are the types of arguments that will win people over to your side,” Benjamin said. “And a part of that is understanding the other side of the argument.”

Smith and Benjamin emphasized the importance of students working together, both among themselves and with legal representatives to continue to promote the banning of abortion. Smith noted that the change will not come unless we focus on changing the cultural mindset and putting laws in place to prevent abortion. The most important part to him is that students prioritize showing the love of Christ to others in their advocacy rather than hate.

The second round of questioning was from the attending student body, students texted their questions to a number that was projected on a screen at the beginning of the panel. The questions pertained to legal implications and personal opinions. One such question about personal opinion called the panel to share their personal views of abortion and the varying reasons people have for wanting or feeling a need to abort a pregnancy.

The panel answered every question with a biblical foundation of faith. They addressed both the advocacy that Christians should do on the legal side and on the social side. One thing that Schlabach touched on was that the outreach at pregnancy centers has not changed despite the court ruling.

“We are still here to serve men and women regardless of the change in law,” Schlabach said.

The work of pregnancy centers like Hope RISING includes putting ads in local broadcasts, publications and online. Representatives such as Schlabach go to schools for events, like the panel at Cedarville, and make themselves available for all people to contact with questions or concerns about pregnancy. She also mentioned Students for Life, a student organization that educates students about and advocates for pro-life on campus.

In the ending statements, the panel participants emphasized the need for students to be interested in these issues. Though a battle was won for pro-life in court on June 24th of this year, advocates have yet to win the war of getting the world to see things as Christians do, as Christ does. Students who take the time to educate themselves and be active now will be the best people to make the fight their own and advocate for it wherever they end up.

“I’m heartened to see so many students here,” Smith said.  “Your generation is gonna be the ones that will continue the fight and eventually make the final decision.”

“You are going to leave and enter a new place and there will be a lot of people that disagree with you, and you have to be ready to face that,” Benjamin said. “Part of your responsibility as a Christian is to continue the fight and you will either carry the flag forward or be defeated by the opposition. And the best thing you can do is educate yourself to be ready.”

Avonlea Brown is a sophomore Journalism major and writer/editor for Cedars. She likes traveling, learning about culture, and writing.

No Replies to "Beyond Roe v. Wade: How Christians should respond to the Supreme Court decision"