Students flowing into the first chapel of the semester were greeted by an unusual but routine sight. Tables lined the walls on either side of the main entrance and representatives eager to talk to students didn’t wait to be approached. The annual Global Outreah Conference had arrived.

Cedarville University hosts missionaries and organizations from across the world and nation during the GO Conference, which is meant to encourage students to go on short-term mission trips and share the gospel. Over the course of two and half days, students would hear from an invited speaker and go to informational meetings to learn about the importance of missions in their lives. 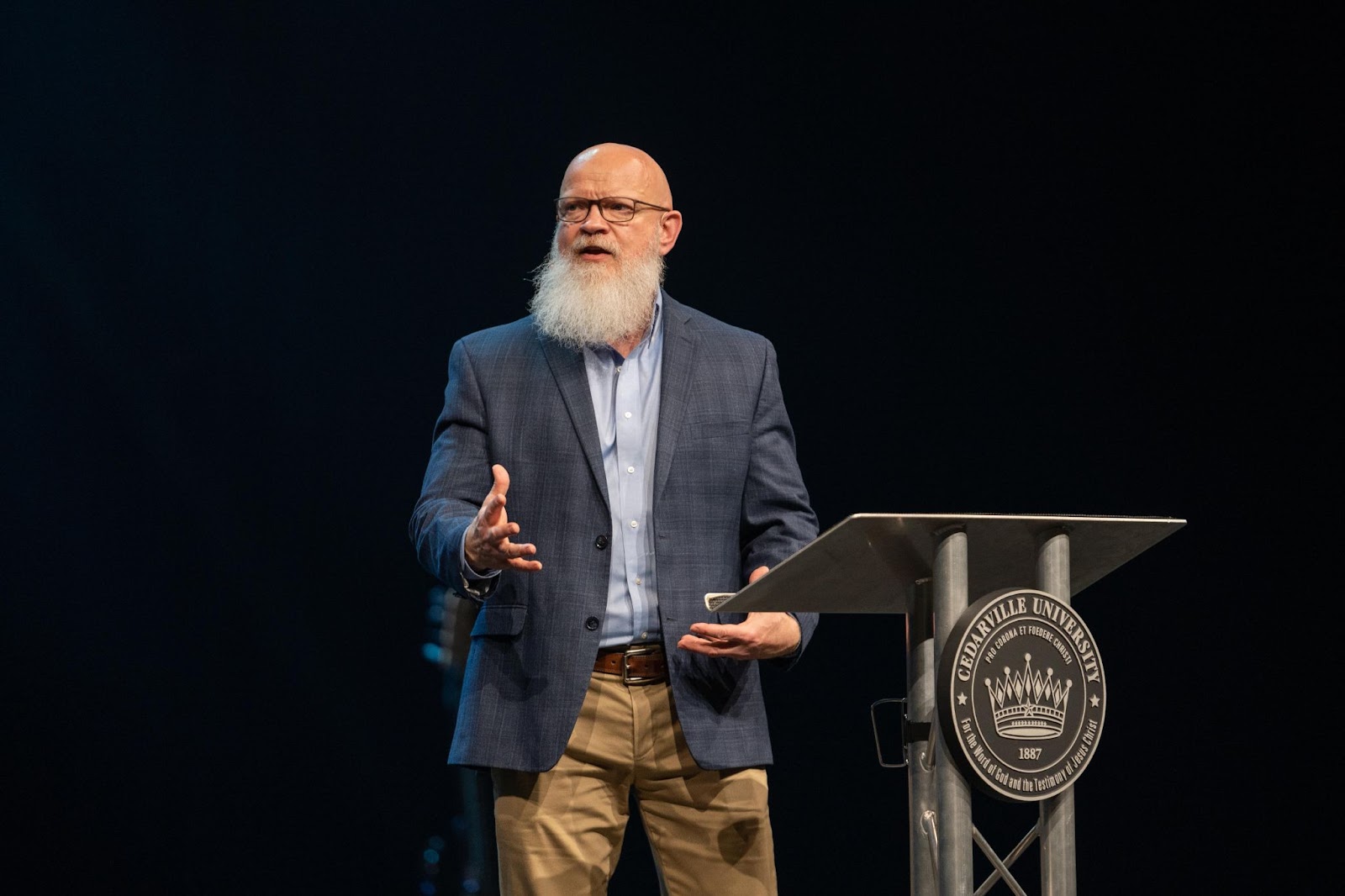 Zane Pratt, the chapel speaker for the GO Conference, took students back to the basics of missions. His messages on the people in need, the various ways to be used, the danger, the urgency, and the ambition of missions inspired and prompted students to begin being missionaries as soon as possible.

Along with the passionate chapel services, representatives from mission organizations waited for the students to pour in and out of chapel and catch them for conversation. Students that wandered the booths were given ample information and opportunities to go abroad or across the nation and provide a host of services to others.

Students interested in joining a short-term mission trip, whether inspired by the stories of others or responding to the call put on their hearts, could attend informational meetings about the trips offered through Cedarville. Some of this years trips include global locations like Peru, Dominican Republic and Malawi, while other trips go across the nation to places like Salt Lake City and Boston.

Not all students will be going on missions trips, but the words they heard as a result of the Go Conference will be a continual encouragement.

“I grew up as a missionary kid with the IMB(International Missions Board) and I feel like I’m getting to see the other side of things,” said Capri Bauer, a transfer junior Biblical Studies major. “It was nice to hear all of the statistics, to be reminded about why we are here and the encouragement to always be a missionary wherever you are.”

After the conference, the next mornings chapel brought light to the origins of the Global OUtreach department, celebrating the humble beginnings of one of Cedarville’s most impactful ministries. Testimonies from alumni were shared and recognition was given to the four men that founded the program, two of which were in attendance that morning.

Dr. Don Callan, Jim Rickard, Dr. Harold Greene, and Dr. Jack Riggs started the Global Outreach program at Cedarville with the original name of Missionary Internship Services. The first trip took a group of student basketball players to the Philippines, where Callan began the process of making connections and spreading the gospel. Five other locations were offered to students in the beginning, and exponential growth of the program have brought it leaps and bounds since.

Since its founding, the Global Outreach program of Cedarville University has gone to 129 mission fields across the world and had 10,130 participants. Cedarville’s global impact will continue with the dedication and ambition of its students and staff, with decades of growth behind it and decades more ahead.